Marlon of De wijnoloog went to an event organized by ProChile at the Leonardo Royal Hotel in The Hague. ProChile is an organization dedicated to bringing attention to Chilean wines, among other things.

At this event, several importers presented their Chilean wines to the general public. The main focus was the great diversity of Chilean wines. Chile is known as a healthy wine country where the production of organic and/or biodynamic wine is common.

Wine has been produced in Chile since the 16th century. Viticulture was introduced by the Spaniards who brought their knowledge with them. Starting in the nineteenth century, viticulture took a big leap. French grape varieties were planted in Chile. Today, these are still the majority of grape varieties grown in Chile. You will find many wines made from cabernet sauvignon, merlot, shiraz, pinot noir, sauvignon blanc and chardonnay.

Chile’s pride, the carmenère grape, has French roots and for a long time pretended to be Merlot. Further research revealed that the grape is a crossing between Cabernet Franc and Gros Cabernet.

Chile has become a major player in terms of winemaking, being the second largest producer in South America after Argentina.

Chile is situated between the Pacific Ocean and the Andes Mountains. The country’s enclosed location ensured, among other things, that phylloxera never set foot here, so Chilean grapevines are not grafted onto American rootstocks. There are few diseases and therefore few pesticides needed to protect the grapes. This makes it easier to make organic wines. The vastness of the country, which spans more than four thousand kilometers in length, allows for great diversity in climate. This allows Chile to produce a great diversity of wines.

Climatic changes are also happening in Chile. This manifests itself in the shifting of the regions where wine is produced. Slowly, the cooler south of the country is becoming more suitable for planting vines. New areas that played a minor role in the past such as Itai Itai, Bio Bio and the lesser known Malleco Valley are emerging, even in Patagonia vineyards are being planted.

A big change going on in Chilean wines is the focus on elegance and expression of terroir. Where wines from Chile were previously known for their power and muscle, freshness is increasingly a requirement of winemakers, less and less (new) oak is being used. Bulk wines are of lesser focus and quality is increasing.

Respect for nature and sustainability are global themes in the (wine) world. Chile, too, has set itself the goal of producing wines as much as possible in cooperation with nature and has promised to be completely CO2 neutral by 2050.

Marlon tasted several wines for this article, you can read her tasting notes below.

This wine is made from 100% cabernet sauvignon grapes from the Maipo Valley, northwest of Santiago. The wine has notes of plums, blackberries, vanilla, oak, leather and chocolate. In Chilean wine law, the terms Reserva and Gran Reserva are not as well defined as in other wine countries. Thus, this does not show a number of months of aging, but is an indication of the level of quality of the wine in a producer’s offering.

This wine is again made from 100% Cabernet Sauvignon grapes, but comes from Colchagua Valley. This is located southwest of Santiago. This is a relatively warm area and that produces wines with a fuller body, which this wine displays nicely. Notes of vanilla, smoke, chocolate, red fruit and spice occur in this powerful wine.

This wine is a blend of cabernet sauvignon and merlot. The wine is produced in the Maipo Valley. Viña Tarapacá has more than 145 years of winemaking experience and owns one of the oldest vineyards in Chile. They are committed to the biodiversity of the wines, so they plant multiple species of plants to support the balance of nature.

This pinot noir is made in Aconcagua Valley. This is located north of Santiago and is a relatively small wine region. Aconcagua Valley is a valley between steep slopes with very fertile soil. The area is known for its red wines of cabernet sauvignon, shiraz and carmenère. Generally, the wines that come from here display full body, high tannins and high alcohol content. Winemakers are increasingly looking for more freshness and complexity; this pinot noir is a good example.

This carménère from Maule Valley is exactly what Chilean wine is known for. Maule Valley is quite southernly located and is a warm area with very fertile soils. This warmth is reflected in the wine, you will find pronounced notes of cherry, red berries, oak, coffee and vanilla. 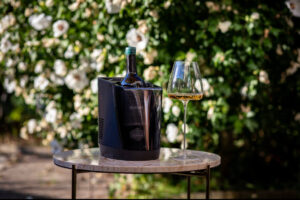 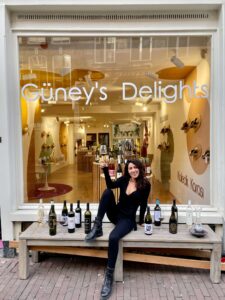 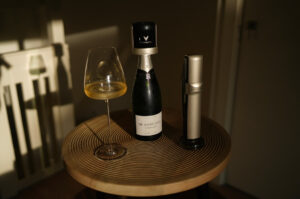